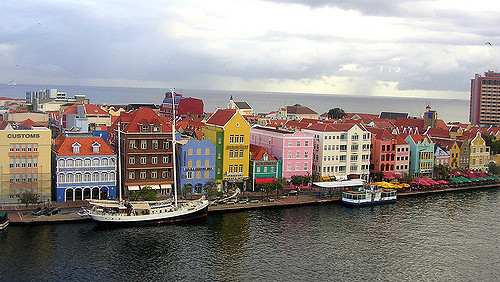 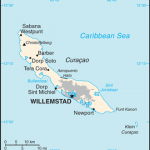 At first, Curaçao was the island that nobody wanted. Discovered in 1499 by Alonso de Ojeda and Amerigo Vespucci (from whom the name America is derived), who deemed it useless, due to it’s lack of gold or any remarkable resources, it was subsequently settled by the Spanish in 1527.

The native inhabitants of the island were Caiquetio Indians, a subgroup of the Arawak tribe of South America. They were soon enough all rounded up by the Spanish and sent to the island of Hispaniola (now Haiti and the Dominican Republic) to work in mines there. Reportedly, some were brought back a while later to work on other things on the ABC Islands and there is much evidence of Arawak ancestry in the people of the islands.

Although the Spanish and the Dutch were bitter enemies at the time, the Spanish gave up the island relatively easily to the Dutch in 1634. The Dutch West India Company (WIC) was a joint stock company based in Amsterdam that made profit by  both plundering Spanish and Portuguese  colonies or trading with them. The WIC displaced the Spanish colony and made the island a center of the African slave trade. In

1642, a Dutchman named Peter Stuyvesant was made governor of the island. New Yorkers will know his name, as just three years later, he became governor of New Amsterdam, which then, under his governance was lost to the English, thereafter becoming New York. Known as “Old Silver Leg”, Stuyvesant  lost one of his legs in an accident with a cannonball while leading an attack on the Portuguese in  Saint Martin. He thereafter had a peg leg which was adorned with silver pins or bands. His amputated leg is buried on Curaçao.

Except for a brief period of English occupation during the Napoleonic Wars, Curaçao has remained under Dutch jurisdiction to the present day. Another influence on the island was from the Sephardic Jews who settled with the Dutch. Curaçao has the oldest surviving synagogue in the Americas, dating from 1674.

Ironically, this island that was originally deemed useless, has one of the best and busiest ports in the Caribbean. In 1915, Royal Dutch Shell established a major oil refinery on the island which contributed greatly to the prosperity of the island up until the mid 1980’s. Since then, tourism has been one of the main sources of commerce for the island with numerous upscale resorts and cruise ships dotting the island and shore.

Colorful Willemstad, the port/capital of the island, is a kaleidoscope of colors with gabled 17th century Dutch architecture, cobblestone streets and the Queen Emma Bridge. Originally the buildings of Willemstad were white washed, but in the 1800’s Governor Albert Kikkert, declared the glare from the sun on the white facades was “unappealing”.